A negative tendency of domestic flour production in Ukraine continues in 2019.

According to the State Statistics Service of Ukraine, as of January-February 2019, the total amount of production decreased by 12.4%, or by 38 thousand tons, if to compare with the index of the similar period of 2018. 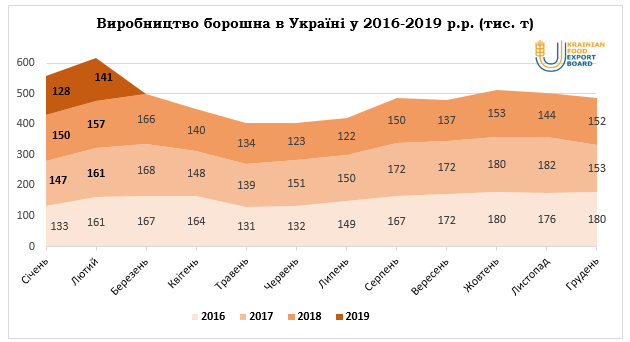 “The decrease in the domestic offer on flour was observed as early as the previous year — by 10% compared to 2017 (1.728 million tons against 1.923 million tons), that influenced the export index, which, according to the results of 2018, also decreased by 31% compared to 2017 (305.4 thousand tons against 442.6 thousand tons,” the Analytical Department of Ukrainian Food Export Board remarks.